Yesterday SPUR realized a long held dream when it opened its Oakland office at 1544 Broadway. The organization, which has been active in San Francisco since 1910 (it was originally the San Francisco Housing Association) and San Jose since 2012, celebrated with a full day open house. Programs included a conversation with new Oakland Director Robert Ogilvie and SPUR policy staff, as well as afternoon programs and a happy hour toasting the new office.

Oakland Mayor Libby Schaaf was on hand to toast the opening and celebrate SPUR’s achievement of raising over $40,000 toward the creation of a community-oriented space for on Broadway. BCV was proud to support this initiative as well as SPUR’s continued goals to build great neighborhoods and promote good planning and good government in the Bay Area. 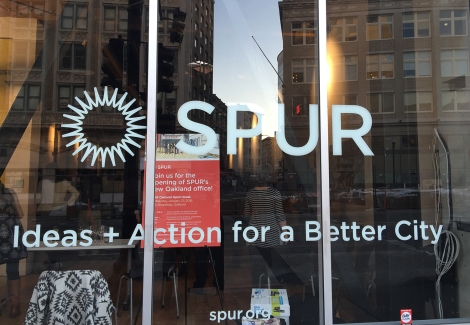 As Robert Ogilvie, SPUR’s Oakland executive director, wrote in an announcement on the nonprofit’s website,

SPUR has always thought of itself as a regional organization, and many of our greatest accomplishments were regional — from the early planning for BART to the establishment of the Bay Conservation and Development Commission. However, it is also true that much of our in-depth local work has taken place in San Francisco. We decided to change that more than five years ago, when we began working on a plan to open offices in the two other central cities of the Bay Area: San Jose and Oakland. 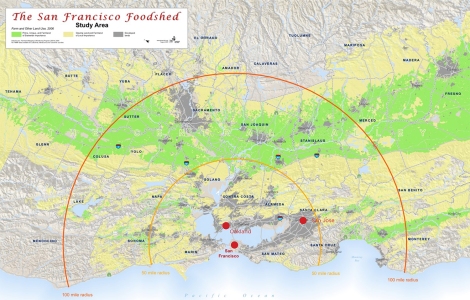 At BCV, we celebrate the Bay Area and all its component pieces. We understand this region as we understand the region as a foodshed in which the agricultural character of the hinterland infuses the cities with meaning. Solutions to challenges need to be thought about in this interrelated way, and it is for this reason that we are very proud SPUR members and supporters of this new Oakland office.

Sign up for BCV Emails to learn more about the firm's current work.